HEALING & HOW TO PUSH BACK AGAINST PERSISTENT SICKNESS/PAIN 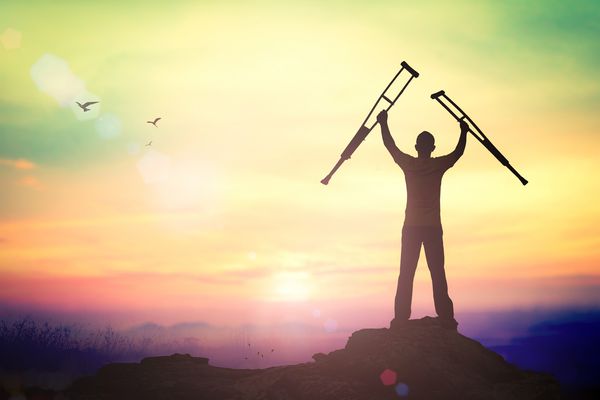 I’d like to share some of the things I’ve learned the last year about healing – and our legal rights as believers. BTW roughly 75% of the healing I’ve dealt with have been demonic hindrance residing IN the believers! Yep. Inside.

For brevity I am just going to cite verses and not the actual text from the verses. You can look them up! And, I’m trying to make this as broken down as I can.

• As a believer, you have been given the power and SOLE OBLIGATION to refute WHOEVER tries to steal what’s yours from heaven (Isaiah 54).

• As a believer, you have an accuser standing before the throne of God 24/7 trying to take what’s rightfully yours (Rev 12:7-12). His time is short, and wants to take you out both here … and forever.

• As a believer, God has SWORN on an UNBREAKABLE OATH that you have salvation and eternal life – and that the non-believers will be tried, judged, and put to shame (Isaiah 45:22-25; Hebrews 6:16-20).

• As a believer, you have been saved by grace through faith or BELIEF (Eph 2:8) and you have an accuser who wants to find you FULLY GUILTY of the UNPARDONABLE sin – of unbelief (Mark 3:28–29). For UNBELIEF is the only legal charge Satan can ever hold against you! Why? Unbelief is the only sin NOT on the body of Christ. It’s the devil’s loophole!

• As a believer, Satan will stand before the throne of God and take our rebellion, pride, ego, self-reliance, lust, disobedience, emoting, behaving, perfectionism, fear, stubbornness, and anything at all he can point to before the throne and SCREAM at God UNBELIEVER! 1 Peter 5:8.

• As a believer, remember you are saved from your heart, not your mind! And satan will charge you of unbelief and declare your belief hasn’t made the 18" trip from your mind to your heart (Romans 10:10). It’s his only possible way to TRY and keep you from your blessings and your eternity.

• As a believer, because God is just and righteous … God HAS to hear the charge before Him. Look. If you are ever hauled to court – and don’t show up – you lose the case no matter how ridiculous the charge is! YES! The charge against you is ABSURD … and a lie. But we must REFUTE that charge!

God doesn’t allow sickness … that would make God both arbitrary and whimsical - NOT at all a RIGHTEOUS JUDGE. But, because God is just and because God can be accused of breaking HIS OWN SWORN OATH (Isaiah 45:22-25) … God must in fact allow the accusations of the ROARING LION!

Truly. Daniel was tossed into the lion’s den and the mouth of the lion was kept SHUT because God declared Daniel innocent of ALL the charges! A judgment in our favor of being GUILT FREE (at the cross) is only as good as it being enforced – by us! Like Daniel being seen as innocent, God judged us innocent at the cross … but our tongue declares and enforces! Our tongue declaring the TRUTH of our innocence .... SHUTS the mouth of the lion who comes to steal, kill, and destroy (Isaiah 54; 1 Peter 5:8; John 10:10)!

Job's troubles were an accusation over his RIGHTEOUSNESS or BELIEF! Job even confessed to this, Job 3:25 ► "What I feared has come upon me; what I dreaded has happened to me."

Yet. There is a reason Jesus FORGAVE people first and then HEALED! Jesus stripped ALL the legal accusations away first … and then set the person free!

TURN TOWARDS GOD! POINT YOURSELF TO HIM! TURN OVER ANYTHING OR ANY ATTITUDE THAT CAN BE SEEN AS REBELLION TOWARDS HIM! ****REMOVE THE ACCUSATION BY DECLARING WHO YOU ARE!****

NOTHING ELSE EXCEPT LITERALLY POINTING YOUR OWN FINGER TO JESUS!

It’s about His perfect works, and not about our imperfect flaws. We come to Him just as we are … knowing that He is good!

Yes. We serve a God of GRACE who is also a righteous JUDGE. WHO LOVES YOU and just asks you to POINT YOUR WHOLE SELF TO HIM and PRAISE! And see the hands of the demonic drop off like a stone.

Truly, too many believers leave the front door to their spiritual homes wide open, but we must lock down and enforce the door that Jesus has already slammed shut on our own behalf. Friends, Jesus didn’t negotiate with evil. Darkness simply trembled and fled at His very command. Yes with repentance and pointing ourselves to Jesus, it's the very same same power and authority you and I have. Eph 1:18-20

I was asked an honest question by a good guy - does our disobedience (unbelief) and resulting accusation by darkness mean that God stops releasing blessings? Does God start holding back from us?

However. Now there is evil in play that shouldn’t be there. You open a door that was shut. That door must be closed and locked down again.

Yes. We do that with repentance and pointing to the finished work of Jesus.

Think of a water hose of blessing that now has a kink in it. There’s water. Yet it’s not flowing like it is supposed to. You can water plants and small gardens. You can get water for your dog’s water dish.

And man, boy howdy if there are multiple kinks!

But watering the whole lawn is arduous and takes much longer.

DEMONIC kinks the water hose and flow of our blessing.